The three Stobart skins for the 2012 Volvo FH have now been updated. The first update is to correct the default sun-shield and wing mirror colours, they have also been updated to 1.10x format.

Some time ago I updated my Stobart skins for my personal trucks so that they looked better and so that the front of the truck correctly lined up to the sides.

I was originally planning to release skins sooner, however since multiple people decided to rip off my work the latest being Steven Lomax/MADxMAX from the SCS forums, I decided to keep it to myself. After all, if these people were really able to “make it themselves” they shouldn’t have had any issue updating their own versions (although why they didn’t do it properly and did it the same “wrong” way as me is quite peculiar.)

Either way, I have decided to make them public. I imagine many people will rip them off again and I look forward to MADxMAX updating his version in a week or two as well. 😉 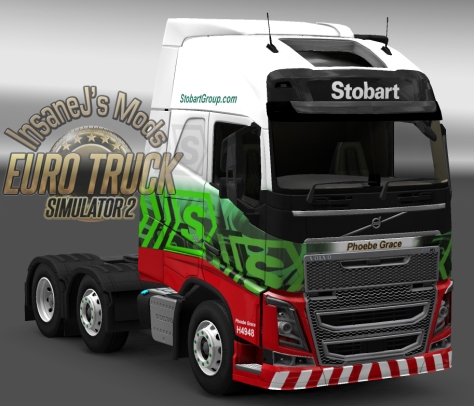 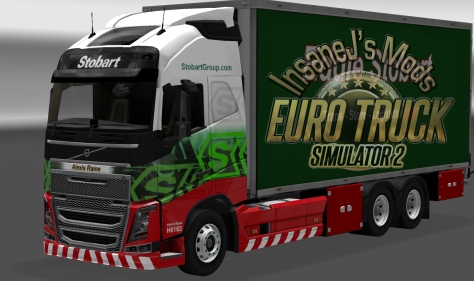 Please Note: The remaining Stobart skins will come as I have the time, I plan to redo all the skins so they line up correctly, as I have for the Volvos. I will upload the individual skins as they are ready, once all the skins are done I will also be releasing a Stobart Truck Pack, this will include all the truck skins in one scs file for those people who would like to keep they mod folder neat and tidy.