The following mods have been updated for the 1.37 Open Beta build that released when SCS release Open Beta. In most cases the updates are just for 1.37 changes, but there are a few bug fixes and updates. Some mods may have new skins for OT (mostly my custom trailer).

The blog mods are already in my google drive folder ready to be sync’d.

END_OF_DOCUMENT_TOKEN_TO_BE_REPLACED 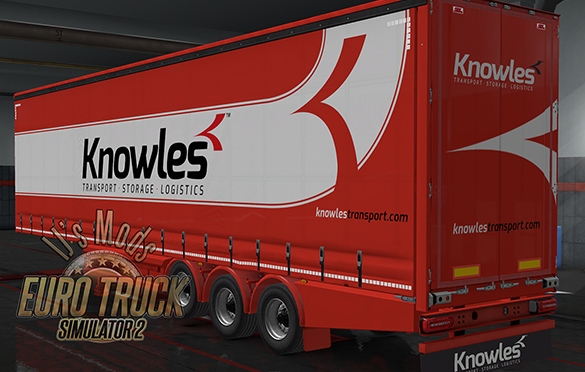 A new batch of updates have been released. The following mods have all been updated to work with skin changes for the Custom Trailer mod update.

END_OF_DOCUMENT_TOKEN_TO_BE_REPLACED

With Road to the Black Sea releasing today I have some mods to release along side it.

First up PSG, PSG defunct, Allinson, BSM, and ATL have all had updates for bug fixing, trailer tweaking, and paint jobs tweaking.

Also coming later today is the RttBS SCS painted company vans. The mod is already on workshop as private and will go public as soon as the DLC launches.

Several workshop most got an update today.

Wyvern, the Big Stobart Mod, and the Big Malcolm Mod have all received minor updates via Workshop today for compatibility with the custom owned trailer updates. Both BMM and BSM got an OT skin for the new SDC trailer in the COT mod, and the BSM also go a new skin for SCS curtain.

The Custom Owned Trailer mod got an SDC like curtain (4.8m) and insulated curtain, some new cooler units (full paint – tank is now painted), the alt SDC side skirts have been replaced with the aero+bar variant including a full paint version, there are 4 new rear bumpers, SDC Aeroliner like and the new SDC bumpers, with stock, burger lights, and custom light slot options.

My other mods that include COT skins will be updated in due course.

First off the Big Stobart Mod has been updated to include a custom owned reefer skin, WS, and Explore as well as some updates for new parts in the custom owned trailer mod. MAN E6 has also been added to AI.
Old SDC side skirt model for freight market and AI has been swapped out for new model.
Replaced Maddie & Charity Reefer mod trailers with SCS box reefer. 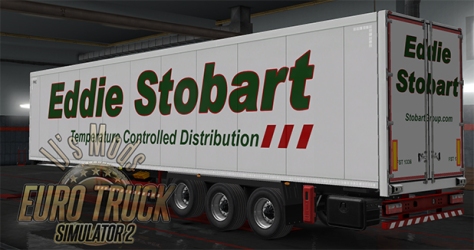 END_OF_DOCUMENT_TOKEN_TO_BE_REPLACED

Early today the BSM was updated to bug fix a flare on one of the trailers, I also updated the Owned Trailer (custom trailer) skin. If you were using this skin and it disappeared it’s due to this update. Changes in the owned trailer mod forced this issue.

Version 2 of my custom trailer mod, which has been updated to include some new parts and a flatbed (with optional crane), is ready for release. Unfortunately due to unforeseen circumstances, this update will require you to sell old trailers from this mod.

This was caused by the system SCS uses for owned trailers and my lack of understanding of it in the beginning. Fortunately this shouldn’t happen again.

If you see this post before I push through the update, I suggest you sell the trailers now. If not, it’s no big deal. The trailers will default back to bog standard SCS ones.

Well it’s Beyond the Baltic Sea DLC release day today, so I have to celebrate with some of my own updates right?

SCS Company Painted AI Vans Baltic Edition – multiple new vans in Baltic DLC paint jobs. Please note this mod will go live on workshop only when the DLC releases (6pm UTC) But you can check out the paint jobs on the appropriate page now. 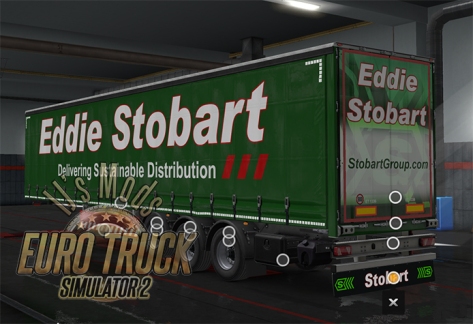 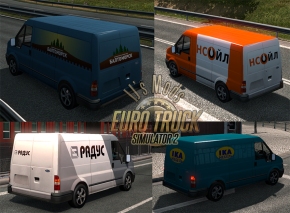 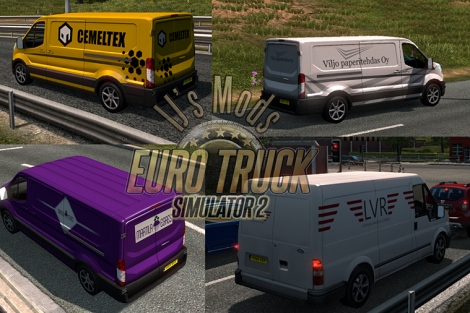 The BSM was updated to fix an issue with a Scania 2016 texture and Stobart Rail beacon error.

Waberer’s was updated to fix the look error on trailer coupling.

This morning (or last night) SCS updated the Steam Workshop uploader tool so the Stobart Truck skins that were previously released are now updated on the Workshop.

Now that the Steam Workshop tool works I am ready to release the BSM as well.

Version 12 of the BSM (1.30.x only) is a complete rework of the mod, all AI truck models have been completely remade from scratch which should fix the last OpenGL related issue.

First the “removal” AI trucks no longer have multiple skins for different names. When I first added this feature to the mod it was for Stobart Spotters who might like the idea of spotting the numerous names.

However this caused the trucks to spawn more frequently than I would like so I have decided that 1 skin per model is the better option. It’s also better for me if the mod requires updating as there are far less files to deal with.

WS and Explore have also had strobe beacons added for their AI models. Only the traffic with the construction/truck cargo will use beacons. The SDC trailer versions are turned off. Like wise the Stobart Brick Trailer beacons as turned off as they are mainly used when the crane is in operation, not while driving.

Warning: Because of Rainbow Valentina, this mod will only work on 1.30.x and above. 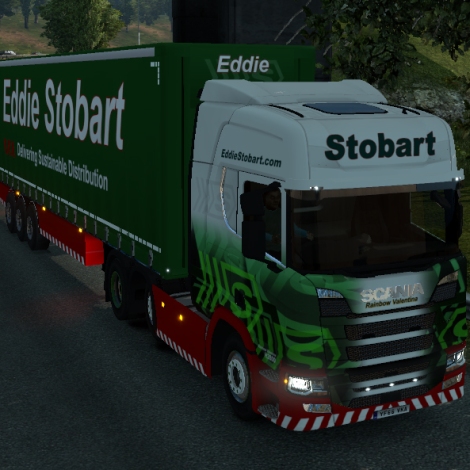 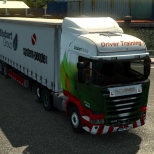 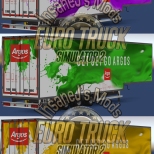 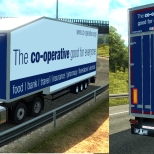